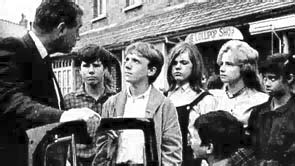 118 mins (8 episodes)
Young Dickie Goodwin is kidnapped by jewel thieves. His friends organize themselves into search parties and, after many adventures, manage to save him and bring about the arrest of the criminals.
Made by Littleton Park Film Productions Ltd. Story by Roy Brown. Screenplay by Michael Barnes. Directed by Gilbert Gunn. Produced by Ronald Spencer.
With: Neil McCarthy, Cardew Robinson, Sam Kydd. 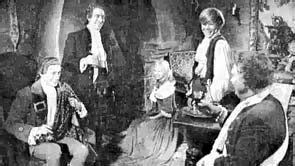