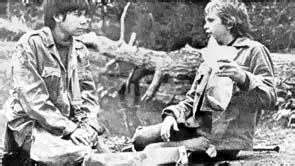 The Battle of Billy's Pond

Beware of the Dog

96 mins (6 episodes)
The adventures of a Great Dane dog called Junia and her adoption by a family who come to live in her old home.
Made by Mandarin Films Ltd. Original story and Screenplay by Paul Tabori and Gordon Wellesley. Directed by Philip Ford. Produced by Donald Wynne.
With: Charles Tingwell, Jane Barratt, Maurice Medley, Mary Merrall, Sean Bury and the Great Dane 'Junia'. 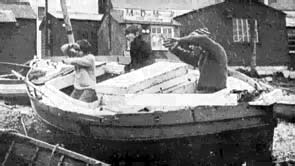 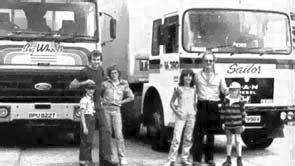 Black in the Face 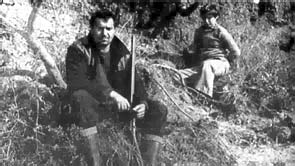 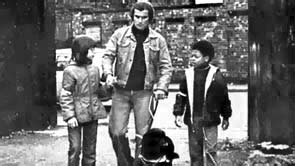 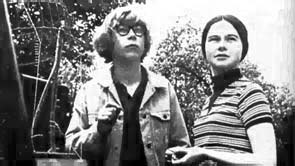 57 mins Eastman Colour
Blinker, so named because he blinks whenever he has a bright idea for a new invention, is the son of an eccentric Professor who is developing a top secret Pulsar Crystal X. Blinker's inventions help him to be a successful goalkeeper and to keep an eye on The Masons gang - and some real crooks.
Made by Eyeline Films Ltd. Produced by Harold Orton. Directed by Jack Stephens.
With: Arthur Howard, David Spooner, Sally-Ann Marlowe, Bernard Bresslaw 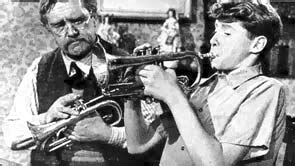 Blow Your Own Trumpet

41 mins (Revised)
A young lad learns to play the trumpet and competes for a place in the local colliery brass band, in spite of strong opposition from another boy and his ambitious father.
Produced by Cecil Musk Productions in association with Film Producers' Guild Ltd. Story by Geoffrey Bond. Director/Producer Cecil Musk.
With: Peter Butterworth, Michael Crawford, Gillian Harrison, Martyn Shields. 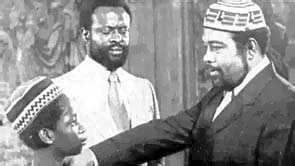 The Boy who Never Was 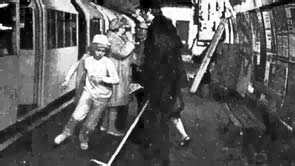 The Boy Who Turned Yellow

54 mins Eastman Colour
When John unaccountably turns yellow and receives a visit from a being who feeds on electricity, it is obvious that he is in for some strange adventures.
Made by Roger Cherrill Ltd. Written by Emeric Pressburger. Produced by Roger Cherrill. Directed by Michael Powell
With: Mark Dightam, Lem Kitaj, Robert Eddison, Brian Worth, Helen Weir, Esmond Knight. 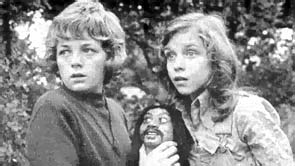 The Boy with Two Heads 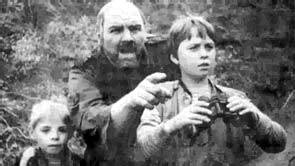 62 mins Colour
Two boys are kidnapped by three escaping convicts and the relationship which develops between captor and captured brings out the good side of the most dangerous criminal's character.
Made by Eyeline Film and Video Ltd. Produced by Harold Orton and Frank Godwin. Directed by Frank Godwin. Written by Ranald Graham from the book 'A Place to Hide' by Bill Gillham.
With: Simon Nash, John Hasler, David Jackson, lan Bartholomew, John Bowler.
Selected for screening: London Film Festival 1984. 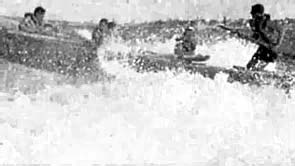